Almost six years after Chris Messina applied the hashtag concept to Twitter, and after other social networks followed suit, including Pinterest, Tumblr, and Facebook’s own Instagram, Facebook has announced that it would finally support clickable hashtags. #QueueApplause

On its company blog where it made the announcement, Facebook calls the hashtag feature the first step of “a series of features that surface some of the interesting discussions people are having about public events, people, and topics.”

Now that Facebook hashtags are official, what do you need to know about them? Let’s get started with Facebook Hashtags 101.

Think of hashtags as identifiers that pull otherwise disconnected content together. They are denoted with the “#” symbol.

We’ll use a Twitter example, since Twitter is where the concept took off. Imagine you’re at a conference that’s all about travel and tourism marketing.  Let’s say 3,000 attendees are tweeting about the content of the breakout sessions, the quality of the food and where to meet for post-conference hangouts. To ensure you don’t miss out on any of the action, you decide to follow all 3,000 of them – a daunting task. After the conference, however, you realize that while some continue to tweet valuable content, others tweet about things that really don’t interest you. You then unfollow the boring accounts and retain only the interesting ones.

Hashtags are an easier way to keep up with the action without following everyone at the conference. Basically, someone creates a hashtag (for conferences, the host usually establishes an “official” hashtag), that when clicked, is linked to the entire conversation surrounding that hashtag. You can then follow that conversation, reply to others and never miss a beat, all without following a single person.

Hashtags on Facebook basically work the same way. They group together conversations that wouldn’t otherwise be connected.  You’ve probably seen hashtags on Facebook before, but they weren’t true functioning hashtags. Instead, people used them as an extension of their status updates, usually in an attempt to be funny. With Facebook’s announcement come hashtags that work the way they should.

• Search for a specific hashtag from your search bar. For example, #NBAFinals. This would pull in all conversations from others using the #NBAFinals hashtag, regardless of whether you’re friends with them.

• Compose posts directly from the hashtag feed and search results. Basically, Facebook wants to make it as easy as possible to use hashtags, so they let you compose your content at the moment of inspiration (for better or for worse). 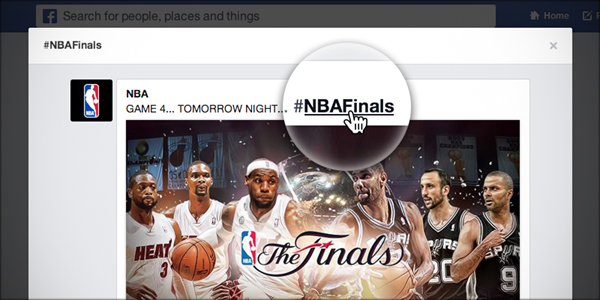 For a long time Facebook didn’t need hashtags because they believed they already had a solution to group temporarily like-minded individuals together.  Unlike Twitter, which was built without group functionality, Facebook was and is a full-fledged social network. Also, Facebook, especially the one that exists today, is more about delivering relevant conversations (see “EdgeRank”) than it is about delivering the fire hose of content in real time. You’ve probably seen this in action when you’ve noticed that a post from your mom two days ago has appeared above one posted 20 minutes ago from a friend. You may have even realized that there are some people whose posts you never see anymore – not because they no longer post, but because Facebook deemed their posts irrelevant to you.

However, it appears that over time Facebook realized that there is value in connecting users to the bigger conversation. Basically, they saw Twitter getting a lot of the action during the Oscars, the Super Bowl, the 2012 elections, etc. It’s not that there wasn’t any action on Facebook, though. In fact, the announcement points out that there were 66.5 million interactions (likes, comments and shares) on Facebook during this year’s Oscars alone. However, these conversations were only connected by the relationships that already existed. Or as Facebook puts it, “To date, there has not been a simple way to see the larger view of what’s happening or what people are talking about.” Hashtags have gone mainstream, and Facebook finally acknowledged the value of the bigger conversation.

How can I use hashtags for my company or brand?

Listen: Find out how people are using hashtags. What are they talking about? What are they passionate about? What kind of language do they use? Take note of unwritten rules that emerge regarding the etiquette of participating in a specific conversation. And, realize it will vary from group to group.

Participate: Once you’re comfortable and understand your environment, participate! Not in a spammy, self-promotional way, but with real intent to add value to the conversation. Adopt a mindset of helping others and you’ll do great.

Lead: Once you’ve listened and built trust through active participation, go ahead and lead a conversation. Do you have an event coming up? Are you launching something new and exciting? Would you sincerely like feedback on something you’re working on? Maybe you can encourage a conversation by creating your own hashtag and directing people to participate. You may not have the reach of the NBA, but you can still bring folks together in meaningful ways that benefit your company or brand.

Facebook promised to roll out additional functionality over the next few weeks and months, including trending hashtags and deeper insights. I expect to see widespread adoption on Facebook as hashtags are easy to understand and use. Marketers will use hashtags to increase their exposure and engagement with consumers. Facebook will integrate hashtags into its advertising program.

We've heard a lot about the seemingly endless amount of money made by the founders of Google,…
Read it! 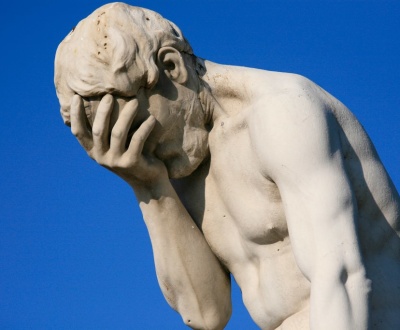