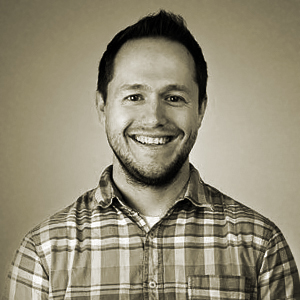 John is an all-around visual craftsman. Having spent his professional career honing skills in both front-end development and graphic/web design, he’s a designer who can code out his creations.

When it comes to development, he is an expert in valid, responsive HTML(5), CSS(3), and safe, clean, readable JavaScript (Node.js included). He’s a pro with jQuery and is no stranger to single-page-app frameworks like Angular. He has experience with CMSs such as WordPress and is a big supporter of static site generators (Jekyll, Nanoc, Middleman, etc), preprocessors (LESS, SASS/SCSS, Stylus), and HTML compilers (Markdown and Slim).

In the realm of design, his major focuses lie in branding and user interfaces. He continually maintains expertise with the latest and greatest versions of the Adobe Creative Suite and has created various identity packages for corporate and freelance clients alike. Apart from this, he’s created designs for multiple web apps including ones geared for mobile devices.

He directs all the creative efforts at Axial (a digital agency based in Boulder, CO) where he engages in UI design, branding, print media design, web design, and web development. As a freelancer, he has developed many useful, open-source tools for JavaScript developers. These are available for download at http://www.github.com/jgnewman.

As a member of the Phi Beta Kappa national honor society, he received his bachelor’s degree from Florida State University in International Affairs with a concentration in Political Science and a significant amount of coursework in Anthropology.